I recently watched yet another fascinating Ted Talk. It was about an app that measures your facial expressions to determine how you feel. Watch it below.

If this technology is successful, the number of applications for it will be enormous. Rana touched on just a few examples.

What might be some of it’s long term effects on our society? What happens when we have Google Analytics for your emotions?  You face a video camera every time you look at your smart phone. And if you work at a computer for extended periods of time, chances are you’re facing a video camera for hours a day. That’s a lot of potential data. With mounds of data, there is the potential to vastly improve our lives.

Let’s assume that happy people are more productive and beneficial to society, government and corporations. We might see the use of our emotion data to improve the quality of our lives.  The media that we consume will react to our reactions to it. Over time it might become very efficient at making us feel the way it wants us to feel. Hopefully, it will be a positive emotion.

The mental health field might be able to help many more people with this data. What if individuals with certain conditions, depression to schizophrenia, exhibit patterns of facial motions?  Programs and apps might be able to pick up on those patterns. Potential patients could be somehow connected to a mental health professional.

Imagine existing security, street or other types of video cameras monitoring our emotions via our faces. If this technology turns out to be reliable, there will be an incentive to have as many cameras as possible to monitor as many faces as possible.  More cameras in public and more cameras integrated in to your appliances. What happens when parents or loved ones can get an automatic text alert, Facebook post, Tweet…. when you are feeling depressed?  Might we all start paying more attention to the emotional state of the people in our lives?

Grandpa This Should Cheer You Up

There will be data on the happiness of nations. We’ll know what country has the happiest citizens. Maybe this is how we move toward measuring the success of a society using multiple types of metrics, not just economic ones such as GNP (Gross National Product).

If laws do not keep up with this technology it may quickly be assimilated into all our devices. Our consent will be in some agreement we check off, never having read the whole thing. Big data firms will crunch numbers and compare what they know about us now to the patters of facial expressions we exhibit in a myriad of situations. The conclusions they reach could revolutionize areas such as marketing, entertainment and health care.

With the advent of the modern entertainment industry, human beings are exposed to a myriad of images each day. Many of the images or sequences of images would have been impossible in the distant past. For example a picture of your grandmother as a teenager, next to a picture of her as an adult approaching senior years. Seeing images of the same person as simultaneously young and old would have been an extremely foreign experience to our ancestors. This luxury of being able to see, compare and contrast an individual’s change over decades, at a glance, is new. 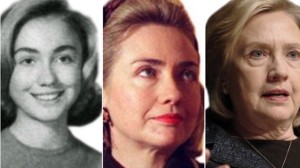 We also encounter an over abundance of gruesome images, sexual images and computer enhanced images. Our evolutionary environment bared only a passing resemblance to the things we see every day on the screen and real life.

Almost everyone reading this will have witnessed a murder or brutal act of violence via television. Yet only a small, small fraction of people would have witnessed such things in primeval times (during peace time). To witness such things they would have had to see them in person. What was once reserved for the unfortunate few who witnessed violent acts, is now seen by nearly all, at least monthly.

Humans also evolved to be in villages of only a few 100 people with tens of potential mates to see and choose from over the course of their entire lives. Now the average person will see 1000s of members of the opposite sex by the time they are 25. What effect does this have on our mating practices? 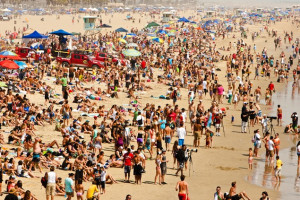 Mate Selection within the Mega-Tribe

Our minds did not evolve experiencing many of the conditions that are so familiar to us now in modern society. We still have the same brains our ancestors had 1000s of years ago. How do these new types of conditions effect the way our brains operate and evolve? 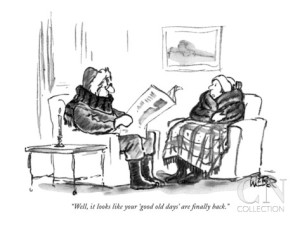