In the Science Fiction universe of Star Trek, future doctors use a sophisticated device called a “Tricorder”. This device allows physicians to look inside their patients without intrusive surgery, hazardous X-rays or bulky MRI machines. 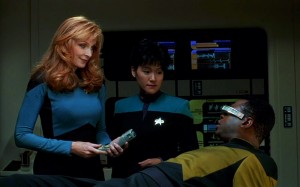 A diagnostic tool like this could save thousands of lives. The good news is, we probably won’t have to wait until the year 2265.

Researchers are now working in a fascinating new field called Femto-Photography. It is photography at a trillion frames per second. At these kinds of speeds, it is possible to photograph individual packets of light as they move across a room or into an object. It turns out that when we shine light on something, such as a tomato, part of that light penetrates the tomato and reflects back out. Femto-Photography could use this effect to construct an internal image of a patient.

Could Jeff Bezos one day host his entire Amazon.com site on a cell phone that he could carry with him? 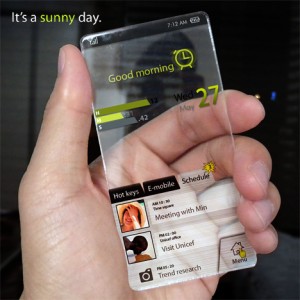 Or imagine having the entire internet stored on your phone and being able to search it as quickly as Google does. Keep in mind Google has 1000s of servers (computers) that do this processing. Are any of these “outlandish” scenarios even remotely possible?

When quantum computing (or an equivalent) becomes reality, the answer will be a resounding “Yes”. Of course we will need breakthroughs in bandwidth technology in order to transmit these vast amounts of data. Those breakthroughs may happen sooner than we think. 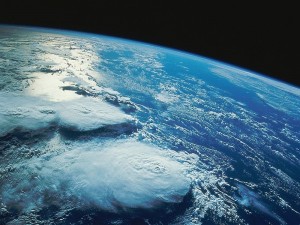 I was recently emailing a friend and she presented a fascinating two part question to me. She asked;

A) “Do soul particles exist? Kinda like undetected dark matter. Might explain why folks feel spiritual/religious connections not yet “proven” by science and..” 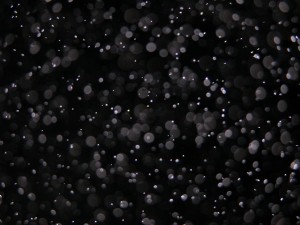 When I read the question, my imagination started running with the idea….here is what I speculated.

Yes there are soul particles. They linger about in clusters. Sort of like dust storms. Like dust storms, each individual dust particle is in close proximity to the other. That’s the definition of a “storm/cloud”…a bunch of particles blowing around close to each other. One of the differences between a conventional dust cloud and a soul particle cloud is the dimension in which they are close. Dust clouds work in 3 dimensions. The way we know things in every day life. The soul particle clouds work in a 4th dimension. Or some sort of an equivalent. For example, one particle could be in China and another in Norway. They are far apart in 3 dimensional space. But in 4 dimensional space they could be side by side.

There are probably “funky” type effects too. For example, soul clouds might attract other soul clouds which include clusters of other people. Like how certain types of people tend to get along with other similar types of people. And “converse” relationships like that between victim and predator may exist as well. They seem to find each other too, over and over again.

And somehow, these soul particles tend to have an influence on events that are not directly connected to human influence. Like weather, luck, environment and the time period in which you are born. And maybe seemingly random experiences like the types of information people happen to find themselves exposed to (for example you walk through a book store and a book catches your eye and changes your life). Funky.

Welcome to The Humbe Futurist Blog. I hope you find my ideas interesting. Participation is encouraged!

My background is in technology and psychology. My approach and perspective is often routed in these two disciplines. My recent academic interests include Astronomy, Cosmology, and programming. I think about the future of human-kind and the universe frequently. The two are really one in the same. Carl Sagan said, “We are the universe trying to understand itself“.

Carl Sagan is one of my heroes.

As human beings, we are undergoing a revolution in consciousness. New scientific discoveries tell us more about ourselves and the universe every day. The approach to an extremely positive “tipping point” has begun.